Holy crap it was an exciting weekend of college basketball and we are only like one week into the season. Can you imagine how nuts it is going to be this year! I am so excited! If you can't tell, or you haven't followed me in the past, I freaking love college basketball. I know I am probably being hopeful, but I honestly feel like it is one of the only major televised sports that is still "pure".

Monday's I will cover the college hoops action from the weekend. Tuesday I will cover the NCAA and NFL football recap together in one post. The rest of the week will follow as usual with Friday being another college basketball post. It's been pretty awesome to see how this account has grown over the years. I appreciate each of you who stops in each day and interacts.

Friday night gave us our fair share of upsets and heart breakers. Of course you know I need to give a shout out to my Michigan State Spartans. They played the infamous air craft carrier game against the number 2 team in the country Gonzaga. With the talent that The Bulldogs are bringing back, I have zero doubt they will find themselves in the #1 spot again before long. Right where they spent the majority of the last two or three years.

I'll be honest, I was splitting my time between this game at a recent concert I attended. There were a couple of songs in the middle of the set where I was watching the conclusion of this game on my phone via Youtube TV. It's funny because many of the people around us could see my screen and they were just as interested in it versus the concert as I was. I could still hear the music, so it isn't like I was totally oblivious to what was going on.

I'm honestly not mad about the 63 to 64 loss the Spartans had in this game. They almost won it. Put the ball in a different players hands and it easily could have been a 65 to 64 upset. For being an unranked team, they played fantastic. They should be proud. If they keep this up, it won't be long before we see them in the top 25. Maybe even by about 1 PM today...

I'd be curious to know if @bigtom13 watched the game and what is thoughts were on it...

Even thought State didn't pull one off, there were some upsets on Friday night of top 25 teams. #16 Villanova fell to unranked Temple 68 to 64.

Eastern Michigan nearly got the upset over #22 Michigan falling short 88 to 83. From what I heard it as a really close game and Eastern should be commended for taking the Wolverines to the wire. As a Michigan State fan, it is always nice to see Michigan struggle. We didn't get to see much of that in the football season so far...

The only other upset on Friday night was UC Irvine over #21 Oregon. They gave them a 69 to 56 beating. Well done Anteaters. For real, that is their mascot, the UC Irvine Anteaters. You can't make this stuff up people!

Saturday was dedicated to football, but Sunday gave us a single game that ended in another upset. Unranked Colorado took down #11 Tennessee 78 to 66. The Volunteers might be in a bit of a rough patch right now all around. The huge loss to Georgia in football a week ago can't be great for morale. This stunning upset could put the men's athletic program on their heels.

Okay, I am probably being a bit dramatic, but it's still a double slap in the face. The good news is their football team won this past weekend, but I will get to that tomorrow!

We have nine top 25 games slotted for tonight. It is nice to see them actually get played. It seems like the past two years we had so many cancelled or postponed due to Covid. I like looking at the scores and not seeing any fall into that category at the bottom of my Yahoo sports page.

This weekend I had the pleasure of driving downstate and watching two of my nephews play basketball in a rec league at their local school district. It is a feeder program built to teach them the skills they need to maybe play in middle school and high school. It's a lot of chaos at this age, but it is pretty fun to watch.

That's all I have for today. Check back tomorrow for that NCAA/NFL football recap!

All pictures/screenshots taken by myself or @mrsbozz unless otherwise sourced
#dunksocial #sportstalk #basketball #hoops #ocd #gems #archon #dunk #neoxian #mancave
3 months ago in #hive-195254 by bozz.sports
100%
-100%

What? Of course I watched the game! When MSU's bigs got in foul trouble Timme just put the Zags on his back. I was REALLY amazed that they won that-particularly without 3 point shooting (I think the two teams were 3 of 27 in the breeze). It was a fun game to watch.

I had a good weekend. Zags on Friday, Cougs (over ASU) on Saturday and the Cardinals over the hated Rams yesterday. A rare trifecta in my life. I'm really looking forward to the Texas game Wednesday to see what the Zags can really be. Izzo and Sparty are going to be just fine. I'm guessing Izzo is hollering at his big guys to go straight up as we speak :) They are a real load inside...

I only caught the last 10 minutes or so, due to the concert we were at, but it looked like a great game. My father in law wondered if the breeze had something to do with it as well. Timme is just a beast. He has been great for years. I was pretty happy with the weekend too. Sparty won on the football field, had a great showing in the basketball game, and the Lions won. Not bad at all!

Baketball what a beautiful game 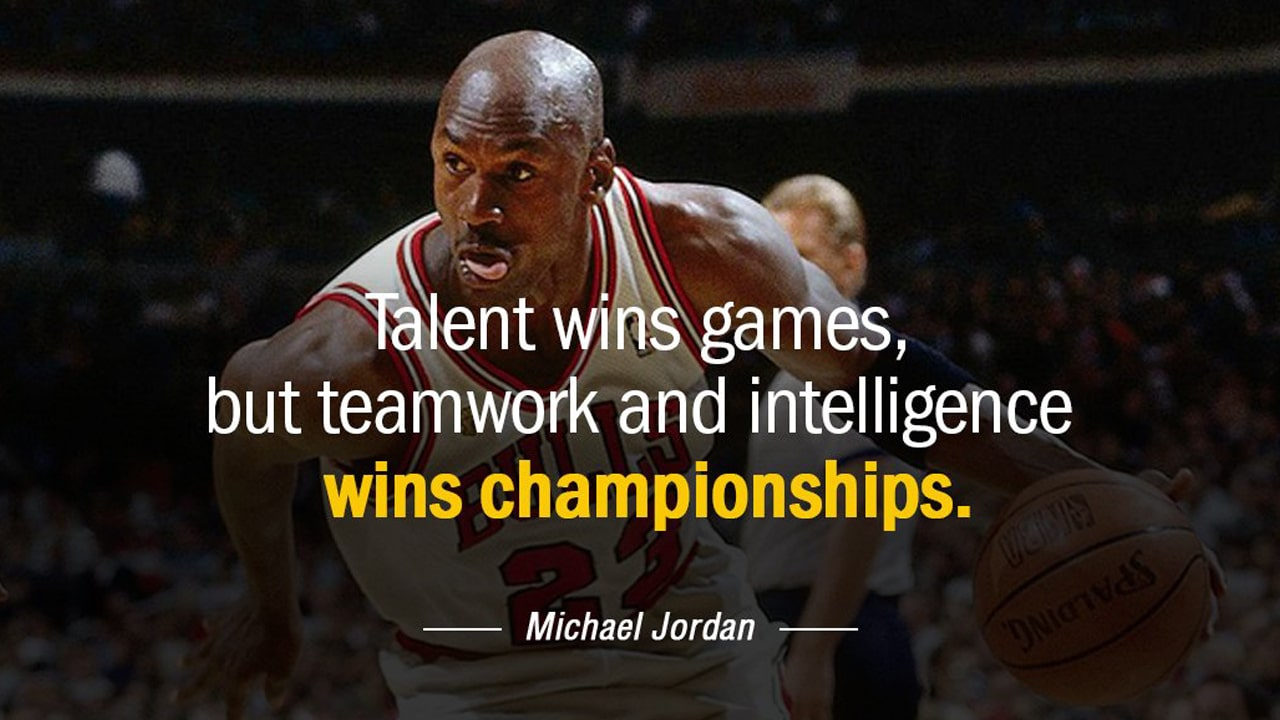 Hah, like Jordan knows anything about teamwork. Great player, but he is a thug. I watched that special on him that they did a while ago and I was not impressed at all. Too bad so much talent had to come with such a bad personality!

Also, I'd be careful about upvoting your own comments. That is kind of frowned upon. It might put you on some of the watch dogs radars. Posts are okay, comments not so much.

Thanks for the advice